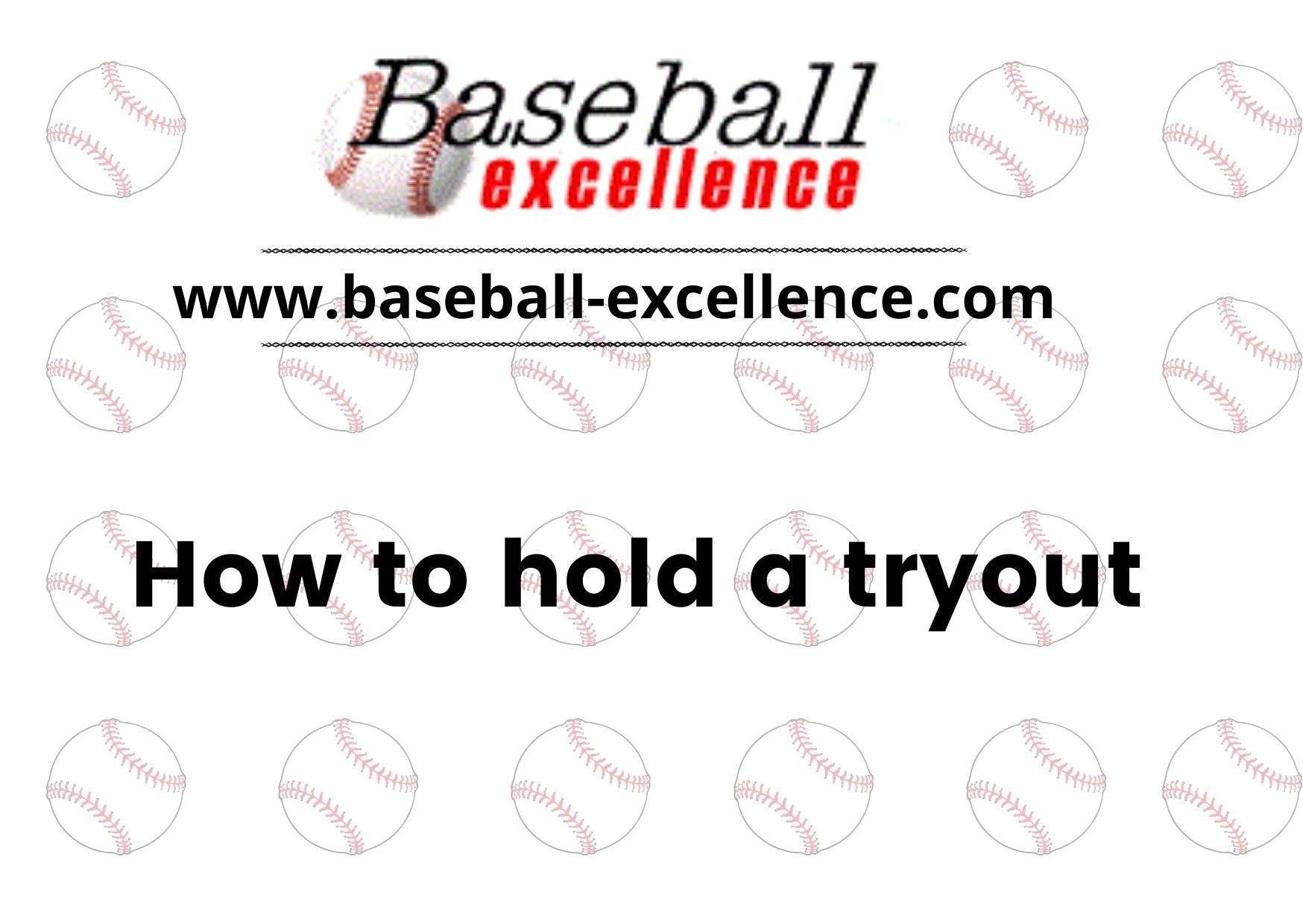 “A Little traveling music, Ray.” Earlier in the year I wrote an article that was mildly critical of traveling teams, competitive teams or whatever you want to call them.

Things change. Traveling teams have become so commonplace that they have depleted the talent in many areas. All-star and “strong teams” are often no longer representative of the area. (On the positive side, it has given more kids a chance to play on into the summer.)

My stance on how these kids should be taught and how they should learn to play the game has not changed. But you have to recognize these teams.

Much of this has happened to get away from the awful, stifling politics and rules of many LL Boards. I can only applaud that reasoning.
The key then, for traveling teams is to have good coaching. (A key for any team.)

Back in early May the fathers of two of our catching students decided to create a traveling team. They live in Pt St Lucie, Florida.

They had done their homework and had affiliated themselves with two or three baseball organizations so they were able to schedule plenty of games for the summer.

This was to be an age ten and under team. They decided to go with twelve players and they let it be known around the three- county area that they were getting this team together and were going to hold a tryout on May 6th.

They asked me to conduct this tryout and I said I would be happy to. (Justin and Nicky are the two catchers who are featured in our video, “Youth Skills and Special Drills.”)

I decided to conduct this tryout like a professional team would, with a few modifications. The LL Field where we held the tryout is a beautiful facility. It is called Sportsman’s Park. It had three LL fields, one softball field and one senior league field.

The fields were beautifully manicured and maintained by the city. This organization bought three SwingAway from us. They take their baseball seriously in Pt St Lucie.

Stephen and I went down to Pt St Lucie on a beautiful Sunday afternoon. Dennis and John, the fathers, had everything prepared. They registered the kids as they showed up and gave each a number that they pinned on the back of their uniform.

About thirty players participated. First, I sat them all down in a dugout and explained how the tryout was to be run. I told them that it was being held just like a major league tryout and that I expected them to hustle at all times on the field and give 100% effort.

I told the kids that they were going to be timed at 40 yards, then take 4 ground balls, throw to third from right field, throw home from center field and finally hit.

I created a form for the tryout. A copy is in this newsletter. I ran the tryout and the coaches evaluated the players as it all unfolded.

We had them stretch, run and throw short to long toss so they could get warmed up. The coaches looked at their arm action and athleticism.

I had measured off a 40-yard area in the outfield, starting from one foul line and marked it off with cones. (Major league scouts use a 60-yard course. Everything in LL dimensions is 2/3rds of a regulation ball field.)

The coaches stood at the end of the “course” and they players stood at the foul line. Stephen helped them get lined up. They ran in two’s, not only for time’s sake but to create competition to increase their effort.

I stood off to the side about in the middle of the course. Because light travels faster than sound, I used the drop of my cap to signal when they players would start. I held my cap out in front of my body and simply let it fall.

As the cap was dropped, the players started running and the coaches started their stopwatches. We ran them 1-2, 3-4, etc. in that order. We gave the coaches time to write the results and reset their watches.

Always evaluate infield play from the shortstop position. It is the best place to judge arm strength and athletic ability.

I hit four ground balls to each player; the first right at him, the second to his left, the third to his backhand and the fourth a slow roller.

These were routine ground balls, not hard smashes. We wanted the coaches to be able to evaluate technique and skill, not have the kids bailing out because they might be afraid of hard-hit ground balls.

After the SS round we hit four fungoes to each first baseman and they fielded the balls and threw to third base- a long throw.

A good fungo hitter can make any tryout a success. You want to hit these routine ground balls so they take at least two hops (2-3 hops are more difficult and a little more intimidating) and you want them to be very accurate.

After each player took four ground balls, they jogged to right field. I hit two ground balls each and they threw to third base. We did not cut any balls off. The coaches evaluated not only their fielding ability and arm strength, they evaluated their accuracy as well.

Stephen stood where the cutoff would play to give the outfielders the correct perspective but he did not cut anything off.

After two ground balls each they all jogged to center field. Each player got two balls, one grounder and one fly ball. They threw each one home. Again, the coaches looked for accuracy and arm strength.

As this evaluation was preceding the coaches judged the athletic ability of each player; how they moved, how they reacted to the balls, how they ran, their arm action and overall demeanor.

Lastly, they all went to the dugout to get ready to hit. We had the hitter and two other hitters on deck taking dry swings and getting ready to go.

The players were instructed to swing at all pitches that were not below their knees or over their hands.

Stephen threw batting practice and he is very accurate. He was instructed to throw just hard enough so that the balls kept their trajectory and did not drop. I would guess that this was about 40-45 mph.

Each hitter got five swings. If the ball was out of the strike zone and he didn’t swing, he got another one. A swing and a miss was one swing. The player didn’t get another just because he whiffed. There was one hitter that missed all five attempts. He did not get another chance.

That “end on a good one” stuff is nonsense. You usually don’t get another chance in life. Don’t prepare your kids by making them think life is full of extra attempts. Plus, giving everyone the same number of chances will make better players out of them by causing them to concentrate harder.

We held strictly to the five-swing count. No hitter got extra hacks. This tryout was fair for all.

You will be amazed at what you get when you tell kids to swing the bats. These were 8, 9, and 10-year olds and most all of hem had great rounds. It was very impressive. The simple instruction of telling the kids to swing the bats and they were not here to be evaluated for “taking” pitches had very good results.

After the last kid had hit we had them kneel down in front of the dugout and I thanked them for coming. I told them that the ones not picked should not feel slighted but there was an area of their game that needed work and they should concentrate on that to improve for next season.

Then I asked if any player felt he didn’t get a representative round and if anyone wanted to take a few more ground balls or take a few extra swings. After all the tryout was for them. (Tryouts are for the players.) One player raised his hand and asked if he could take a few more swings. He has not had a particularly impressive round and he wanted a chance to redeem himself. He hit very well in the second round. I think it may have been instrumental in his making the team.

I don’t know for sure because I only ran the tryout. I didn’t evaluate the players. When you hold this type of tryout always ask players if they need another chance.

Then we looked briefly at several players who said they wanted to pitch. Nicky and Justin caught them. They warmed up a little and threw five fastballs each.

We accomplished this tryout with thirty players in under two hours. Those drills we ran will tell a coach everything he needs to know about the baseball ability of each player. You don’t need more than that.

I suggested that the coaches grade each player from 1 to 5 with 5 being the highest. I said there have been very, very few 5’s. Ken Griffey Jr. was a 5. There were no 5’s on that field that day.

They also watched carefully for demeanor and attitude. You don’t want a player on a competitive traveling team who is disruptive. It does not matter how good this kind of player is, he will always bring your team down.

After this was over the coaches retired to make their picks and Stephen and I went home. It was a very productive day and there were some great kids involved.

Everyone is right. There is a lot of athletic talent in Florida. I could have made a team out of the ones not chosen.

The fact that Baseball Excellence had the credibility with the parents and players and I knew how to run this type of tryout and this team was serious about teaching and developing its ball players made this a very pleasurable experience. But any league can do this.

I think many youth coaches try to do too much in a tryout evaluation. The best way to evaluate talent is to simplify and appraise just the basic skills.

Put them all under the gun by giving the exact same number of chances and give only a few of them. Pitching strike after strike hoping a kid will make contact is not evaluating. It is wishing.

And by making them all hustle and giving explicit instructions the cream will often rise to the top. (Another lousy metaphor.)

Stick to your guidelines.

GRADING
Except for timing the 40 yards, grading a baseball player is always subjective. Just ask the twenty-seven teams that passed on Mike Piazza. It’s impossible to tell what’s in the heart and it is very hard to project ability.

But do the best you can. You can tell the parents of the ones not chosen that little story. It may give a few the incentive to try harder and improve for next year.

When grading, be critical of throwing accuracy. It is more important than arm strength at this level. Blatant arm action flaws are hard to fix during a traveling campaign. Players have to be able to catch and throw.

This is a sticky issue with me. Kids need to be taught throwing. So we are leaving a few out who could eventually become very good. But you have to draw the line somewhere.

The ideal would be to have a summer program in place to help the players who have throwing faults; an instructional summer league. Maybe some of you dads and coaches can make that happen.

Choose the best athletes. Like I said, it’s highly subjective.

Strategies to Avoid The ‘Big Inning’

Pay Attention To Your Pitcher